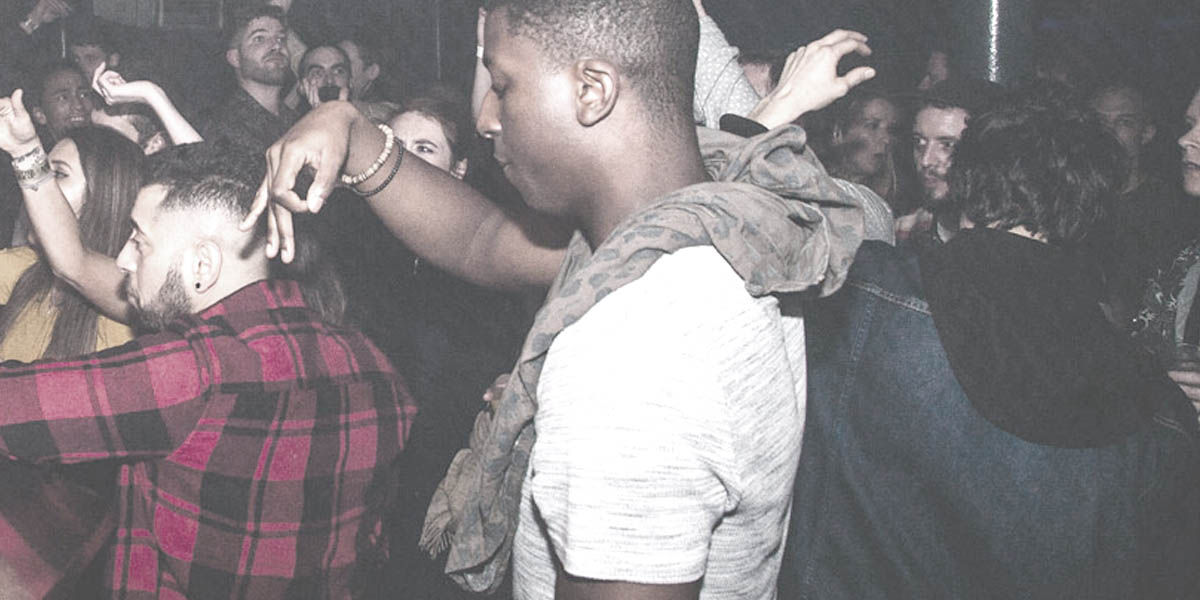 In 2018, two of my friends were playing at a fairly large festival. At that point neither of them had learned how to mix on CDJs and both took a bag of records. There were decks there so all seemed well, but when they started playing they ran into a fairly big problem – their records kept jumping and there seemed to be no solution to the problem. The appreciative crowd didn’t help and one of my friends eventually had to say ‘Sorry guys, do you mind not dancing?’

The following year I played at this same festival and we were advised to bring digital only. The problem the previous year had been to do with the construction of the stage. The combination of a wooden floor, bass bins and an enthusiastic crowd meant that it was impossible to guarantee that anyone would be able to play their set on 1210s without the needles skipping. All the usual solutions had been tried and tested to no avail. The only real solution would have been a big investment into the reconstruction of the stage to make it more solid and lessen the vibrations. This was not really affordable.

To be reasonable here – fair play to them – they realised there was a problem, looked into possible solutions and let us know long before the event that the solutions wouldn’t be viable and that we’d have to compromise. I’m sound with that. I downloaded a lot of music and ran it through Rekordbox (which was new to me) in order for it to work on the device we had to play on (an all in one controller, looked like it should be the control station of a spacecraft, I was dubious but I actually enjoyed the experience).

The spacecraft controller was quite a thought provoking experience. There were three of us over from Leeds to play on this stage. One of the group had only ever played records and decided that he would learn how to play digital the afternoon before his set. I’d ensured him that it wasn’t difficult and that he’d pick it up pretty swiftly. What I hadn’t accounted for was the liquid acid we had that morning. I’d wandered off around the festival in search of some adventures and the turmoil I always look for and never quite manage to find. Having reassured one of our group that we weren’t being watched by the FBI (or any more local and more likely police force) and done a good tour of the site in my heightened state of awareness, I headed back to the stage to see how my friend was doing.

The friend who had provided the acid had said it would be ‘quite subtle’. I’d forgotten to explain that said friend had no concept of what the word ‘subtle’ means.

My mate who was DJing looked up at me with a mixture of amusement and torment.

‘I would not exactly describe this as subtle’ he said.

His set, I will add, went very well and he was pleased to have been forced into learning how to play digital.

I really enjoyed playing. I play both and I don’t mind what equipment anybody uses as long as the end result is good. Good tunes played well is all I really ask for. It doesn’t matter to me how you get there.

I learned a few things from the spacecraft experience too.

A few weeks before someone I know who is a decent and well respected DJ* had posted on Twitter that he thought CDJs were the future of techno. At the time, me and my housemate were quite entertained and slightly baffled by this post as, aside of anything else, the DJ worked in a record shop. We eventually concluded that he was trying to be controversial and provoke a reaction.

[*The DJ I’ve written about here was our friend Alex T, who sadly passed away a short while after this post was written. A brilliant and inspiring person, his sudden and unexpected death has left a profound sense of loss in the Leeds scene and beyond. Our thoughts are with his family and close friends x]

What I realised, when I was playing my set, was that he had actually made a good point. I use CDJs pretty regularly but not with Rekordbox and the spacecraft controller, which maps your tunes out to a much finer degree than a waveform or grooves. This means that you can do mega long mixes and start at really difficult points and know that the mix will stay locked in. There’s also loads of fuckaboutery that you can do that isn’t possible on decks.

Now that is all wonderful to know, but it is still really nice and quite necessary to be able to use decks at a gig. It’s not a lot to ask for – or certainly shouldn’t be.

A couple of months earlier me and a few of our crew had played at another festival and the 1210s were unusable. This was completely unacceptable because we had not been warned about this – we had been assured that everything would be working and that it was sound that two of our group were playing only vinyl.

When it came to actually playing we found that the decks were impossible to play on. The main factor in this, I think, was that the bass bins were right underneath them. This was completely unnecessary, there was no way we could move them, and the sound guy was unco-operative to say the least – and it meant that two of our DJs couldn’t play at all. Not cool.

To be fair, I should have known. Two years previously I’d had a bit of a run in with the same sound man at the same festival. That year the decks were fine. The amp, however, was not able to power the system, and it kept cutting out. My friend and I offered a possible solution – I’d provided an amp to be used on another stage that wasn’t in use until the next day. It was more powerful and it would probably fix the problem. His response was baffling. ‘There is no amp in the world powerful enough for this system!’ he bellowed at us. After a moment of stunned disbelief, I said ‘Er, well surely the system is pointless then?’ and then I just walked away. Sometimes it really is not worth bothering.

It seemed to be a recurring theme last year that decks were unusable. Now, I am not a vinyl snob, but it seems pretty obvious to me that one of the important factors to consider when setting up for DJs is that they will not have any trouble playing records. It’s also not rocket science. I have put on events since I was really young and I used to set up a sound system a couple of times a week and not once were we not able to use the 1210s. So for anyone who is a professional sound technician with years in the business to not be able to achieve a fully working set up is pretty shite to be honest.

A similar problem happened again, at a night I played at, where the sound guy set up the system with the bass bins right next to the decks on a mezzanine. We couldn’t move them because the leads weren’t long enough and the guy was no longer there, so it was USBs only which wasn’t what had been planned.

This also happened to a friend of mine at a night he organised in the outdoor area of a pretty well respected venue in Leeds. You would think, surely, that somewhere like that would test the situation before booking nights in. Clearly not.

My final – and I have to say slightly amusing – unusable decks situation happened at a night I played at back in October. The promoters meant well, but didn’t really know what they were doing. They’d put a huge amount of effort into the decor (which was amazing), but spent no time on the actual set up. I’d asked if I needed to bring needles and been told not, but when I got there there were no needles on the decks and no slipmats. I wasn’t particularly bothered and I plugged my USB in and started playing. Halfway through my set the promoters reappeared and I pointed out the no needles, only one slipmat sitch and they started routing around in the small space behind me saying ‘Sure there were some slipmats somewhere’. I pointed out that with no needles it didn’t really matter, and that they were kind of in my way, and they continued searching anyway. A little while later my friend came to what he thought was the rescue with some needles and I pointed out the lack of slipmat on the left hand deck. Then my set was over anyway. Pretty funny if you look past the irritating part.

My point is that while it’s all well and good to book the right DJs and make the stage look nice (hours were spent on the decor at the festival where my friends couldn’t play), it’s pretty imperative to have a set up that is actually useable and it blows my mind that this is overlooked by people who should know better. Kudos to the the guys running the stage at the first festival I’ve written about for at least trying to sort out he problem and letting us know what was possible the following year. Certainly, having to shout out ‘Sorry guys, do you mind not dancing?’ is not acceptable at all.